The Linas Massif and and its waterfalls 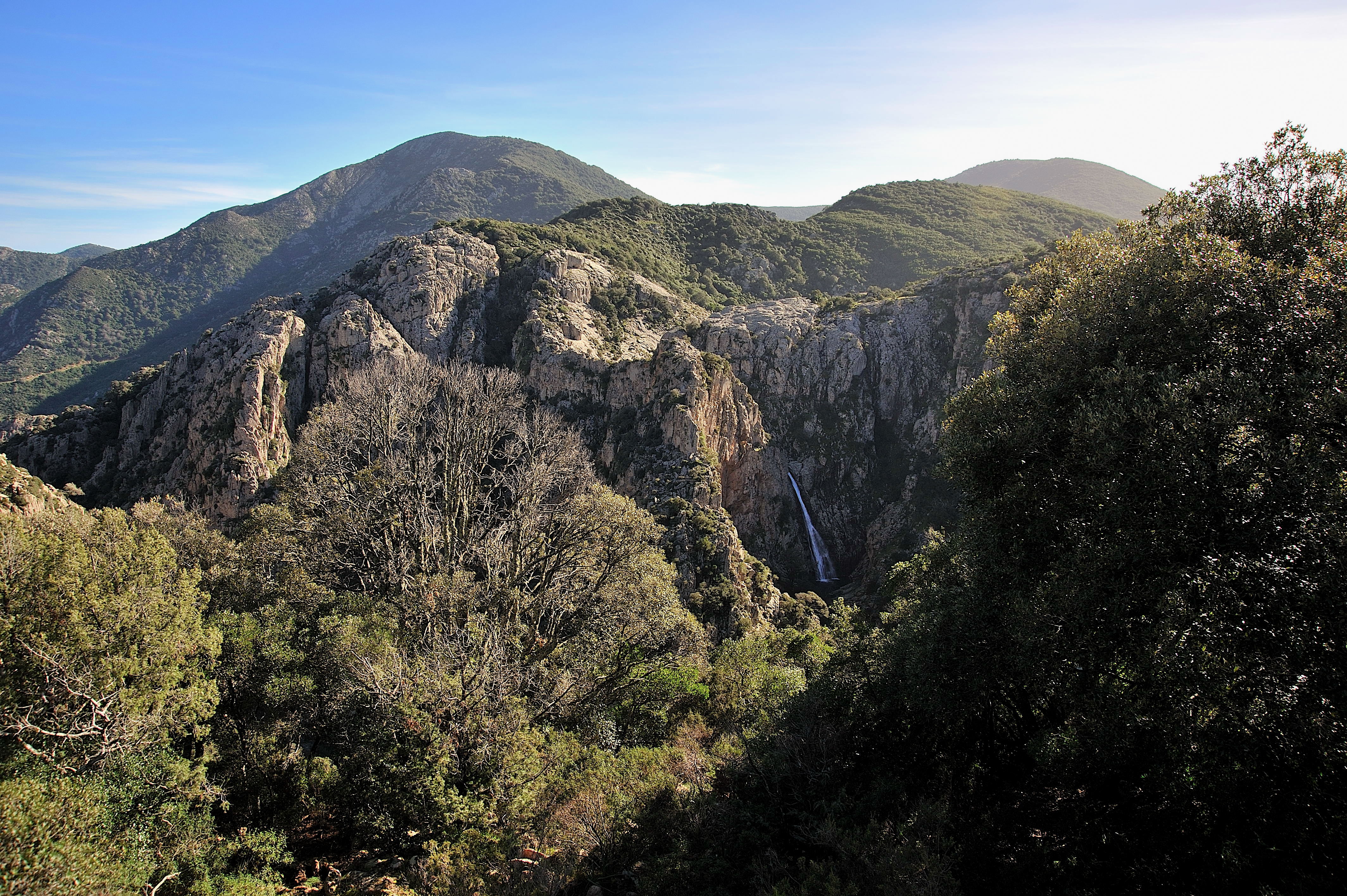 The mountains surrounding Villacidro are a part of the Massiccio del Linas (Linas Massif), one of Sardinia’s most characteristic mountain ranges, of particular geological, faunistic, floral and historic-mining interest.

The Massif features many peaks of great panoramic interest that reach up above 1000 metres. The tallest peak is Punta Perda de Sa Mesa (1236 metres) and falls into the territory of the nearby municipality of Gonnosfanadiga.

At a lower altitude, the plant life is typified by shrubs like cistus, mastic and olive trees as well as the euphorbia in the rocky areas. The naturalistic importance of the territory is also highlighted by 45 endemic species such as the Helichrysum Montelinasanum, identified for the first time by Swiss botanist Emil Schmid (1933) on the peak of the Linas massif.

This typical environment, with its rocky and woodsy formation, is the ideal place for some of the most representational animals of Sardinian fauna: boars, foxes, wild cats, rabbits and hares along with buzzards, common kestrels, a few couples of golden eagles and peregrine falcons. The mouflon and the endemic Sardinian deer have been recently re-introduced to the area.

The Linas area conceals a number of evocative corners with several breathtaking environmental treasures: the falls. The most imposing point of this massif, which is also Sardinia’s most elevated, is the Muru Mannu falls (72 metres). Leaving from Cantina Ferraris, it can be reached by taking a long and pleasant excursion that runs along the rio Cannisoni river and leads to the spectacular confluence of the canale Monincu (canal) and the rio Linas (river). From there tourists can follow one of the two rivers and continue to the Muru Mannu falls or the Sa Spendula falls in the Linas.

Along the path 113, one can admire one of the most evocative falls of the Linas area, the Piscina Irgas falls, surrounded by the imposing granite walls hollowed out by the rio Oridda river. Another waterfall that cannot be missed is the most famous one of all: Sa Spendula, a destination that every tourist in town must see. The waterfall is located in Seddanus, only a few minutes from the residential area, surrounded by pink and grey granite and a lovely pine grove. One of the most evocative and fascinating views can be seen during the rainy season.

Many other smaller waterfalls that are lesser known, but no less enchanting, are located between the rocks of the Linas, creating authentic natural scenery of great charm. We would like to mention one of the many: the small falls of S’ega Sizzorris in the hollow of Villascema that can be reached after a walk through the dense, shaded holly oak woods.